Grief made me wish this had happened to someone else. Am I normal?

Grief affects so many things. Are you normal if you find yourself wishing that this happened to someone else?

Wishing this had happened to someone else is #perfectlynormal in grief.

It’s so hard to accept that bad things happen to good people. Asking the universe, “Why me?!” or “Why them?!” or why didn’t this happen to someone terrible instead of you and your people is a perfectly normal response to the terrible unfairness of it all. It’s part of why many of us lose our appetite for stories with happy endings. Because things absolutely do not always work out in the end and life can be horribly, brutally unfair. Wishing this had happened to someone else does’t mean you’re a bad person, it means you’re human. 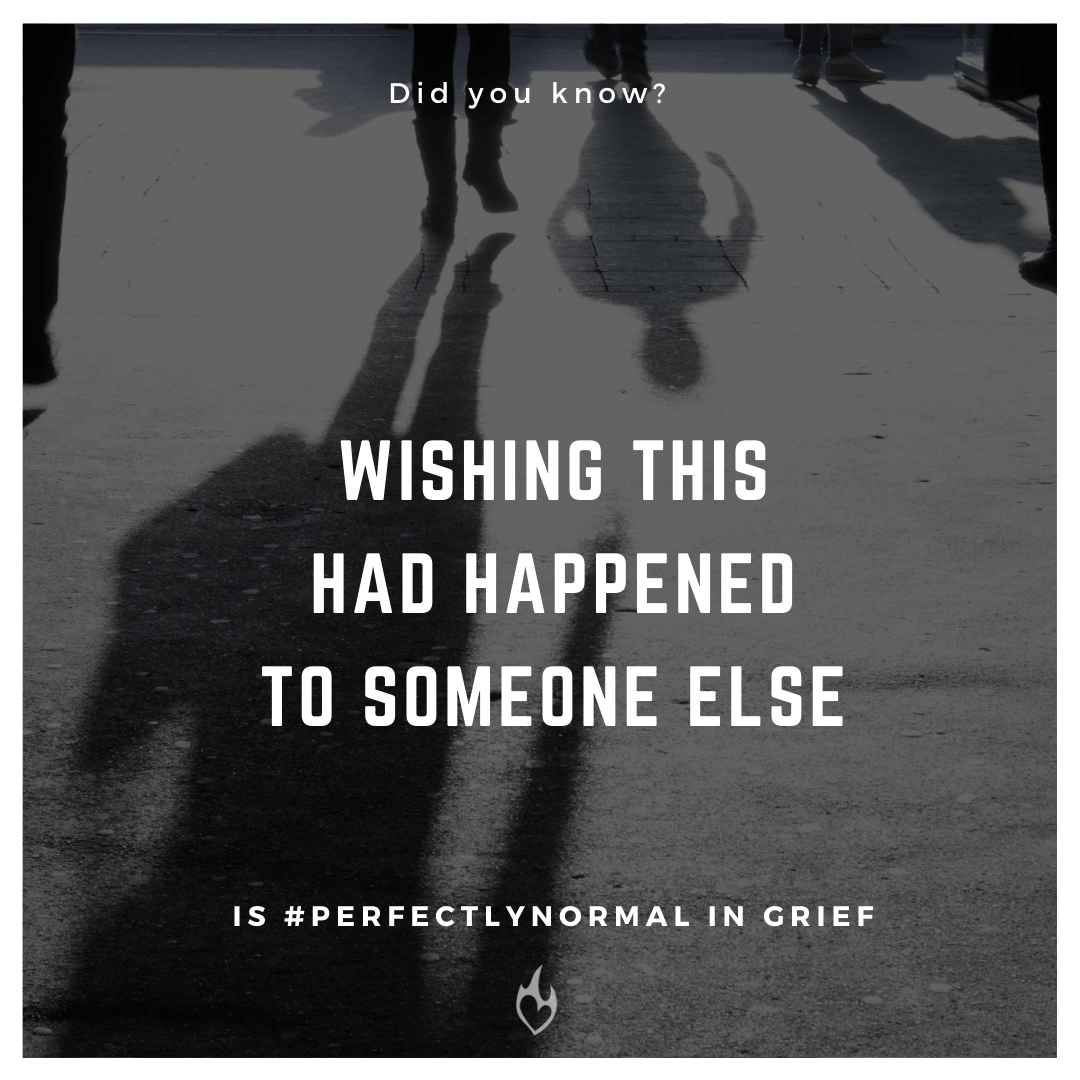 How about you? Have you ever wished that this had happened to someone else? The more we talk about this stuff, the more we tell the truth about what grief is really like, the more people realize they’re not alone.

Grief is hard. It impacts every aspect of life, big and small. There are so many things grieving people experience, things they do or don’t do, that they (or the outside world) might think are unusual or weird, but are actually perfectly normal. You aren’t weird. You’re grieving.

The problem is, people often don’t realize they’re normal until they discover they aren’t alone in feeling a certain way or doing a particular thing. And feeling alone makes grief even harder than it already is.

Because it’s such a relief to find out we’re not alone, we’re creating a series of posts acknowledging as many of those things as we can, one #perfectlynormal thing at a time.

Want to share something with project #perfectlynormal?
Contribute here.

These posts were created using personal contributions people just like you and from our awesome Grief Revolution patrons. My patrons get to see everything we create before anyone else, suggest topics to cover in future projects, participate in live Q&A sessions, and more. Join the Grief Revolution at patreon.com/megandevine/

Check out Here After, the new podcast from Megan Devine. New episodes each Monday.

Click here to go the the show page, Here After with Megan Devine, or look for it wherever you listen to podcasts.