Even with the best intentions, most of what we say to a grieving person is unhelpful (at best). From “everything happens for a reason” to “other people have it worse!” our library of support statements are often dismissive, condescending, or entirely tone deaf. 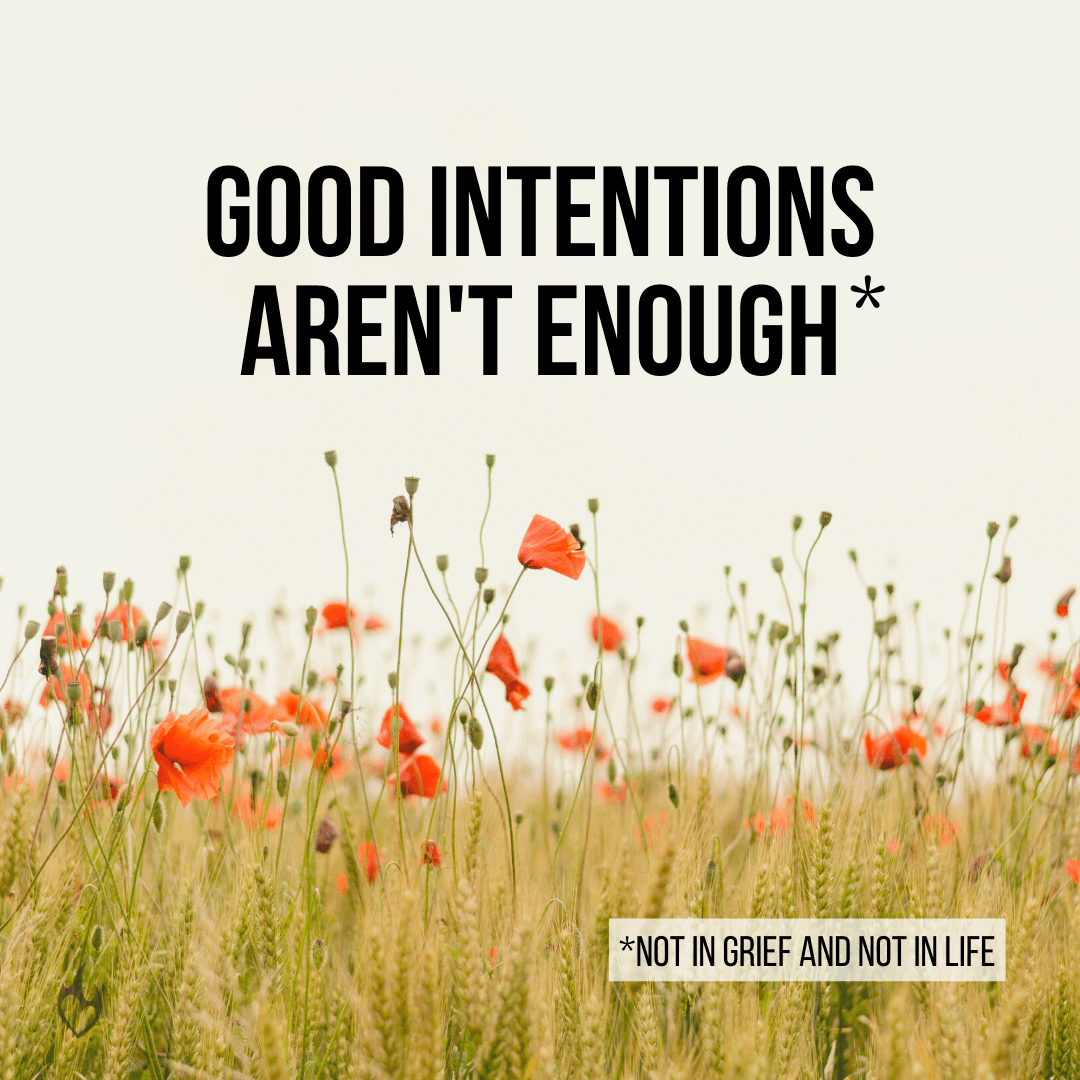 I get hate mail, on occasion. The occasional grouchy smackdown comment, too. You know what they almost always say? “You’re so negative! Cut people a break! You have to listen to the intentions behind their words.”

This is yet another example of our systemic practice of blaming the victim rather than changing the problematic behavior. When those folks scold me for being too negative? They’re telling me to prioritize their comfort over the pain of the grieving person.

Good intentions don’t matter if the effect of your actions causes harm.

It’s not enough to say, “They mean well.” It’s not enough for someone to say they want to be of comfort, but insist on using words that feel dismissive or rude.

I know that can seem harsh. No one likes to be told they’re doing something wrong. But if we don’t talk about the unhelpfulness of someone’s actions, how will anything ever change?

No one knows the right thing to say. That’s why it’s important to have these dialogues. Not so that we get it right, but so that we do it better. Progress, not perfection.

How about you? Have you told someone that what they’ve done or said isn’t helpful? How’d that go? And if you haven’t – what’s stopped you? It’s definitely not an easy thing to do!

Wishing for some company inside your grief? Now, as always, the very best place I know to connect YOU with other grieving folks is inside the Writing Your Grief community. 24 hours a day, 7 days a week, there is always someone there: when you feel invisible inside your grief, these folks see you. When your friends have their own sh*t to deal with and you can’t lean on them, your WYG family is there. I mean it folks, this community is unlike any other place – online or IRL. Follow this link to join us in the next session, and pass it on.

Most resources try to fix your grief, when what you really need is help surviving it.

Click here to get my new journal, How to Carry What Can’t Be Fixed, or check your favorite bookstore.