book Megan as your speaker

Megan Devine will revolutionize the way your audience thinks about grief, relationships, and communication – all while keeping them interested and engaged.*

*even though she’s talking about things most people like to avoid.

Megan is also available to consult with organizations and businesses on bereavement leave, meeting the needs of grieving customers & employees, and handling the death of a key person in your organization. Please be in touch to discuss your needs.
Click here to download Megan’s one-page speaker sheet.

Psychotherapist Megan Devine believes that making the world a better place starts with acknowledging grief, rather than seeking to overcome it. She advocates for a revolution in how we discuss loss – personally, professionally, and as a wider community.

Megan is the author of the best-selling book, It’s OK that You’re Not OK: Meeting Grief & Loss in a Culture that Doesn’t Understand, but she’s least known for her best-known work: her animated “how to help a grieving friend” video distills a complex issue into simple, actionable steps in just over seven (adorable) minutes. Gaining over 35 million views in its first few months, the animation is now used in training programs all around the world.

Megan’s work has been translated into 15 languages, and is featured widely in the media, including the New York Times, NPR, Washington Post, GQ, Harvard Business Review, and Bitch Magazine. She’s a sought after expert when grief erupts in the public sphere. Her latest collaborative project, Speaking Grief, is out in 2020 from PBS. 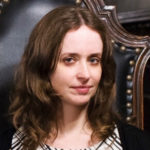 Megan was very thorough in making sure she was prepared for her Death Salon Seattle talk, and her preparation showed: she knocked it out of the park. The moving delivery of her personal story, plus her issuing a challenge to our community to do better around grief, led many Death Salon attendees to cite Megan’s talk as a highlight of our programming. 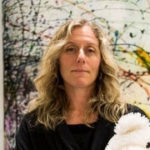 I’ve been metabolizing your talk ALL weekend. So many moving moments linked with reminders of how to show up for this work of companioning others in grief, both large scale, foundational ones and very tangible tiny ones. My friend and I were equally struck by your ability to launch off on an idea and still find a way to make it circle back around to the initial question. It was a mental rollercoaster – the good kind.

Ready to book Megan for your event? Use this form to tell us all about it.

Please note: while Megan does donate her time several times per year to other like-minded organizations, we are unable to consider requests for unpaid talks at this time.